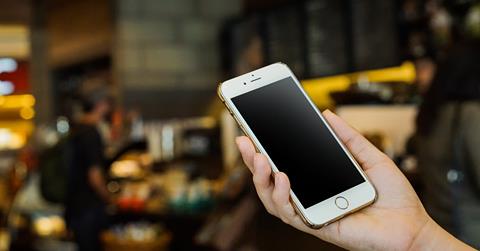 In the relationship triangle of Consumer—Ad Network—Advertiser, apparently, advertisers stand out as the least cooperative part of the equation.

For so long, publishers have been out-muscled and out-maneuvered by ad networks serving greedy advertisers who have gravitated toward ad platforms offering the greatest amount of control and most powerful reporting.  The two clearest exceptions to this rule have been Google and Facebook, the two largest publisher-run ad platforms.  Along the way, consumers have endured the crowded barrage of advertisers competing for user attention and engagement.  But is this really news to anyone?

Perhaps you have noticed three significant developments over the past year, and particularly the past month or so, that have completely disrupted ad inventory availability.

Independent of whether Google ultimately reduces ad placements on the Education SERP or not, it is important to connect the dots to identify the relevant themes:

The unifying thread across these otherwise two unrelated ad platforms is that data shows—perhaps no longer a hypothesis—that advertising, as a whole in its current state, is broken.  Advertisers, when given the opportunity, rarely achieve meaningful engagement and self-interestedly abuse the space they are provided with.  Google is already thriving with fewer universities cluttering up the page, while clamoring for attention because the user is winning.  Apparently, more options to choose from is not what users value when the options feel like an “artificial choice” (to quote Barry Schwartz) to prospective students.

In short, marketing breaks down when it is treated more like an exchange of currency (money for leads) than an opportunity to achieve something more meaningful in the value exchange.

In other words, consumers own the Internet, not advertisers.  To make it so clear that we cannot misunderstand: it’s not about the University; it’s about the prospective student. All of which begs us to ask important questions. When will we as Educational marketing teams own the notion that our audience is fighting back while Google and Facebook embrace it by beating us back to protect their user base?  When did we become the enemy? And how? What queues have we missed?

Let’s face it; something had to be done.

For too many years Education marketing has been merely failing forward.  And for lazy marketing teams who feel comforted in their ability to continue to rely upon pay-per-lead partners, who do you suppose will be impacted the most across Google and Facebook given the recent changes, and who/what these changes are aimed at?  Cost-per-lead vendors and university-centric advertisers.

The plate tectonics of marketing geography is already beginning to realign the face of our advertising world shaped by the consumer’s voice.  While we in the marketing space can direct blame at publishers, ad networks, and our crafty, sneakier competitors, a more honest and objective assessment of our own marketing efforts is a much-needed check.  It seems pretty obvious in reading posts from around the marketing sphere that there is a sense of self-inflicted wounds.

Rest assured that if the sky is falling—and there are at least some heavy rains in the Educational marketing forecast—the sky will only be falling upon those who fail to transition into the new world of prospect-centric marketing.  The last piece of news any one of us wants to learn about is another reason we have to roll up our sleeves a little higher, re-sharpen our skills, work with a deeper sense of purpose, and operate more intentionally.  Such changes to perspective, direction and process aren’t merely matters of refining ad copy or switching out landing pages; it’s deeper and more fundamental than that because our audience has become attuned to how we repackage the same old story employing new avenues of manipulation.

If there is a silver lining in all of this, it is that plenty will survive while only a few will thrive.  That’s the good news; only the best of us can see the opportunity in a meaningful way and wield it to benefit our Universities.
* Google Chrome: https://developers.google.com/web/updates/2017/12/better-ads
* Google Chrome: https://www.computerworld.com/article/3243096/internet/chrome-to-block-ads-in-february.html
Facebook: https://www.facebook.com/zuck/posts/10104413015393571
Facebook: https://techcrunch.com/2018/01/11/facebook-time-well-spent/